Investing in an Election Year 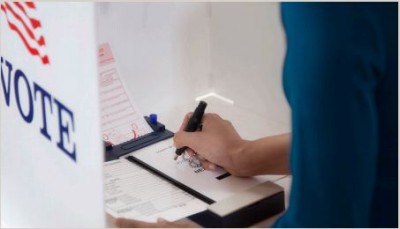 Investing during an election year can be tough on the nerves, and 2020 promises to be no different. Politics can bring out strong emotions and biases, but investors would be wise to put these aside when making investment decisions.

Benjamin Graham, the father of value investing, famously noted that “In the short run, the market is a voting machine but in the long run, it is a weighing machine.” He wasn’t literally referring to the intersection of elections and investing, but he could have been. Markets can be especially choppy during election years, with sentiment often changing as quickly as candidates open their mouths.

Graham first made his analogy in 1934, in his seminal book, “Security Analysis.” Since then there have been 22 election cycles, and we’ve analyzed them all to help you prepare for investing in these potentially volatile periods. Below we highlight mistakes made by investors in election years and offer ways to avoid these pitfalls and invest with confidence in 2020.

INVESTORS WORRY TOO MUCH ABOUT WHICH PARTY WINS THE ELECTION

There’s nothing wrong with wanting your candidate to win, but investors can run into trouble when they place too much importance on election results. That’s because elections have, historically speaking, made essentially no difference when it comes to long-term investment returns.

“Presidents get far too much credit, and far too much blame, for the health of the U.S. economy and the state of the financial markets,” says Capital Group economist Darrell Spence. “There are many other variables that determine economic growth and market returns and, frankly, presidents have very little influence over them.” 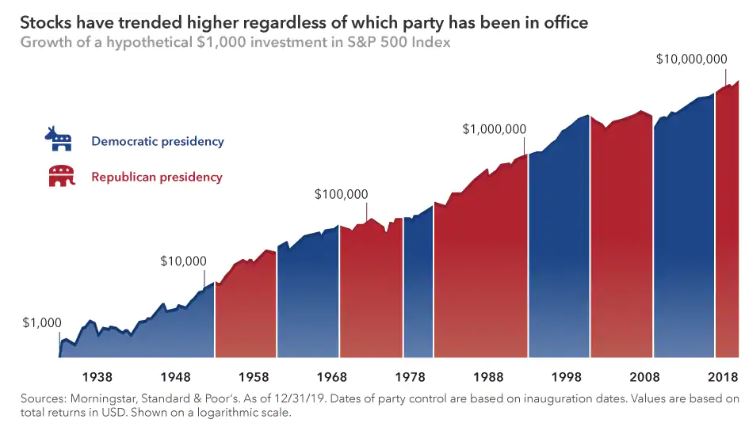 What should matter more to investors is staying invested. Although past results are not predictive of future returns, a $1,000 investment in the S&P 500 made when Franklin D. Roosevelt took office would have been worth over $14 million today. During this time there have been exactly seven Democratic and seven Republican presidents. Getting out of the market to avoid a certain party or candidate in office could have severely detracted from an investor’s long-term returns.

By design, elections have clear winners and losers. But the real winners were investors who avoided the temptation to base their decisions around election results and stayed invested for the long haul.

INVESTORS TRY TO TIME THE MARKETS AROUND POLITICS

If you’re nervous about the markets in 2020, you’re not alone. Presidential candidates often draw attention to the country’s problems, and campaigns regularly amplify negative messages. So maybe it should be no surprise that investors have tended to be more conservative with their portfolios ahead of elections.

Since 1992, investors have poured assets into money market funds — traditionally one of the lowest risk investment vehicles — much more often leading up to elections. By contrast, equity funds have seen the highest net inflows in the year immediately after an election. This suggests that investors may prefer to minimize risk during election years and wait until after uncertainty has subsided to revisit riskier assets like stocks.

But market timing is rarely a winning long-term investment strategy, and it can pose a major problem for portfolio returns. To verify this, we analyzed investment returns over the last 22 election cycles to compare three hypothetical investment approaches: being fully invested in equities, making monthly contributions to equities, or staying in cash until after the election. We then calculated the portfolio returns after each cycle, assuming a four-year holding period. 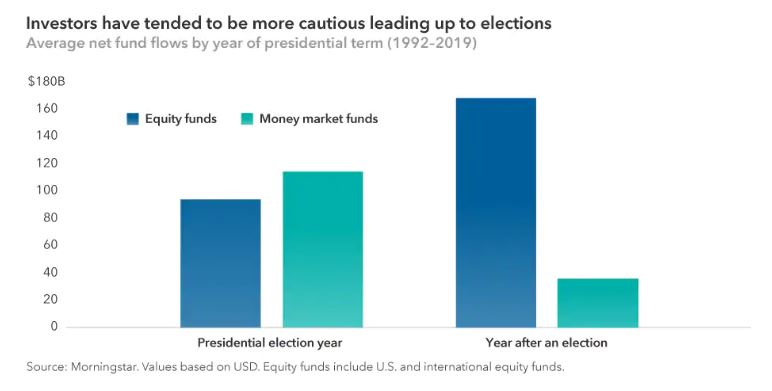 The hypothetical investor who stayed in cash until after the election had the worst outcome of the three portfolios in 16 of 22 periods. Meanwhile, investors who were fully invested or made monthly contributions during election years came out on top. These investors had higher average portfolio balances over the full period and more often outpaced the investor who stayed on the sidelines longer.

Sticking with a sound long-term investment plan based on individual investment objectives is usually the best course of action. Whether that strategy is to be fully invested throughout the year or to consistently invest through a vehicle such as a 401(k) plan, the bottom line is that investors should avoid market timing around politics. As is often the case with investing, the key is to put aside short-term noise and focus on long-term goals.

HOW CAN INVESTORS AVOID THESE MISTAKES?

Expect volatility, but don’t fear it. View it as a potential opportunity.

Stick to a long-term investment strategy instead of trying to time markets around elections. Investors who were fully invested or made regular, monthly investments did better than those who stayed in cash in election years.

Brought to you by Capital Group

Rob Lovelace is vice chairman of Capital Group, president of Capital Research and Management Company, and serves on the Capital Group Management Committee. He has 34 years of investment experience, all with Capital. He holds a bachelor's in geology from Princeton and is a CFA charterholder.

Darrell Spence is an economist and research director with 27 years of investment experience, all with Capital. He earned a bachelor's degree in economics from Occidental College and is a CFA charterholder. 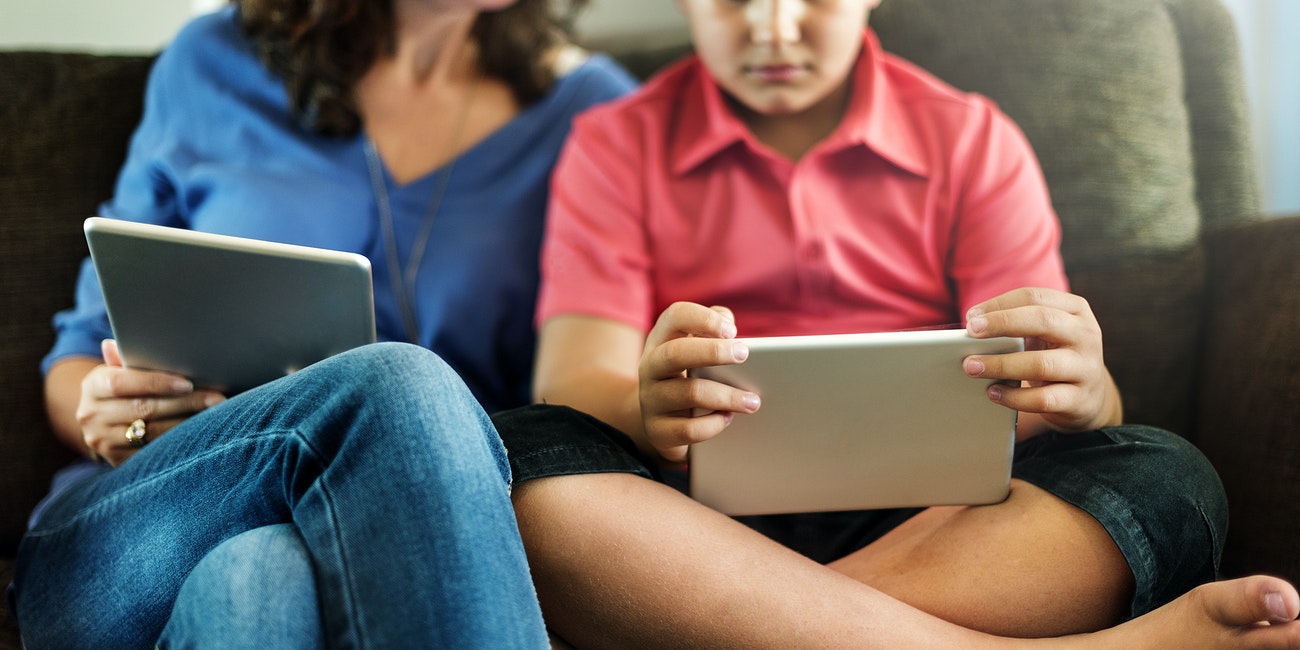 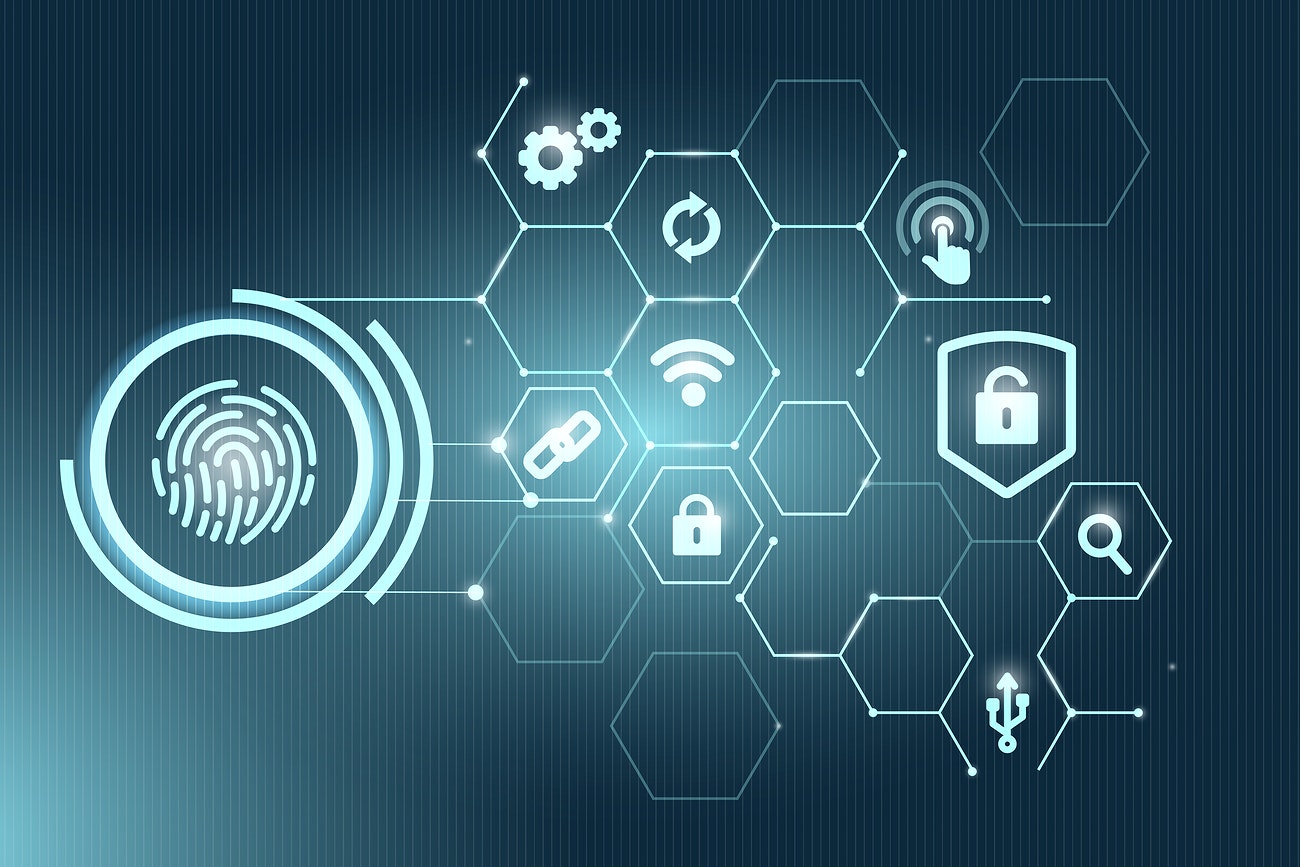 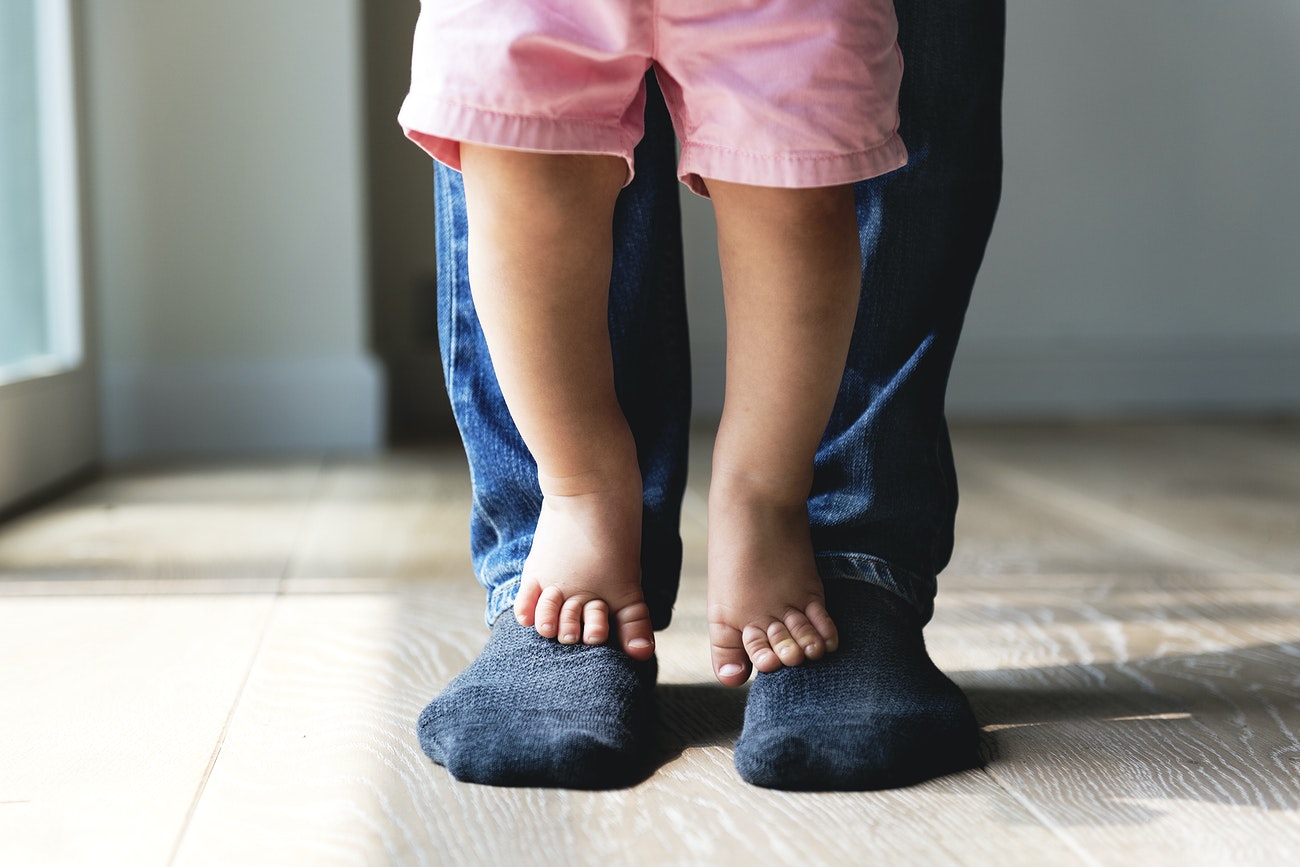 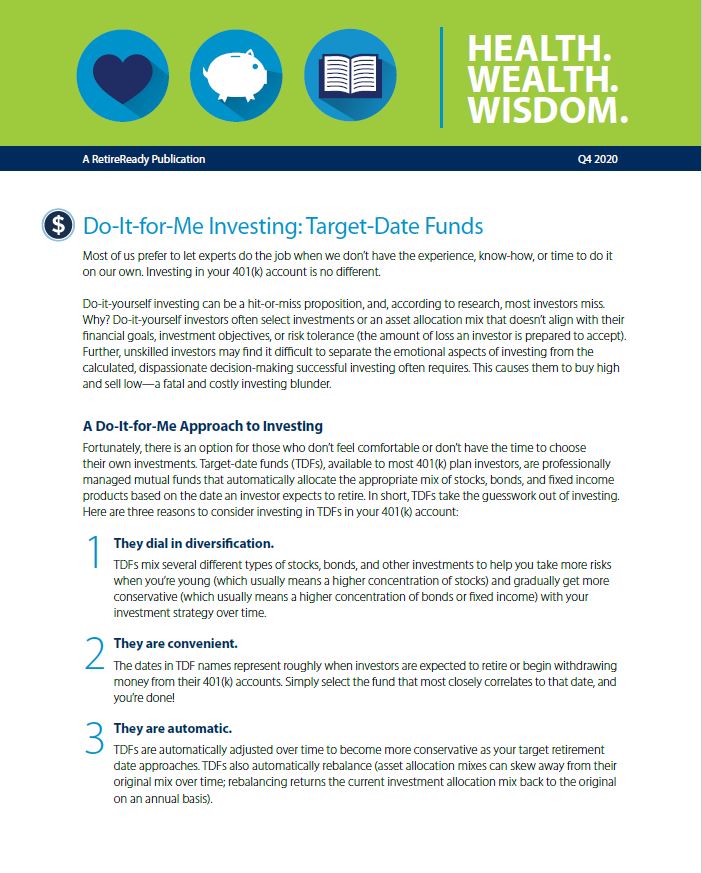